Slow, destructive, loud. These words perfectly fit the outline for Iron Harvest. Purring with confidence, sputtering out swag like a teenager fresh off a social media dunk, the game knows what it wants to be, but knowing is only half the battle.

Iron Harvest follows a school of RTS similar to that of Company of Heroes and Dawn of War. Base Building, scouting, dynamic unit composition. Stretch that across an alternative World War 1 timeline with steam-punk tech and that’s where Iron Harvest neatly sits. It’s impossible to look past the star of the show, the gigantic mechs. Front and centre on every loading screen, press asset, and gameplay video, their role within the game is undoubtedly the main aspect of the entire experience. 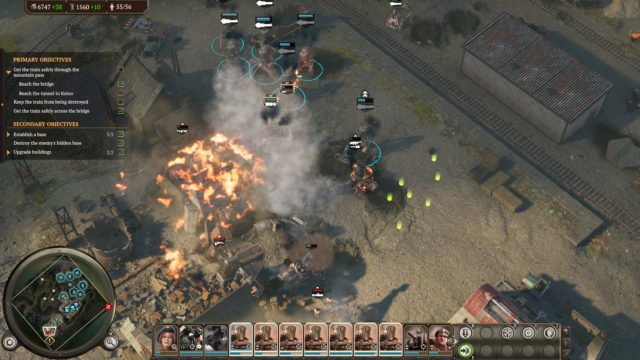 The initial frustration of Iron Harvest is the role Mechs play within the three campaigns. Tensions between Polania, Rusviet, and the Saxons have hit a breaking point at the end of the great war. The thirst for technology and land causes the final crack, resulting in a three-pronged story that touches upon patriotism, family, and…well, war. Each respective campaign does a fair job of telling their story. You’ll gain an understanding of the Polania resistance, a reason why Rusiev is so driven, and how Saxony’s internal conflicts interlinks between everything going on.

Clocking in at around 7 hours per campaign, each faction never outstays their welcome. A distinct flavour is given to each of them, even if that means some tricky difficulty spikes pop up from time to time. Polania’s resistance force feels exactly like a small force stretched out trying to keep their head above water. Rusviet and Saxony command a powerful presence, boasting a large selection of units, but this does not mean they’re free from challenge. 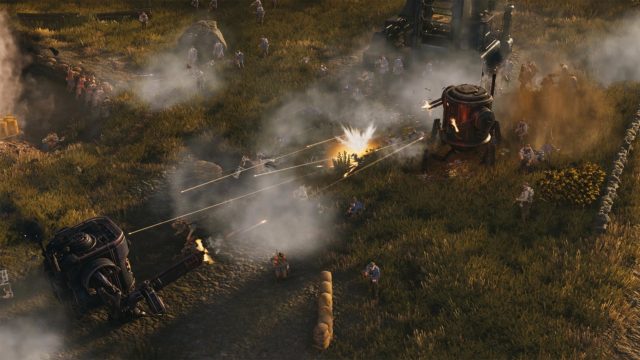 Each of the stories is surprisingly well told with cut scenes bookending each mission. It’s clear there was a great deal of effort placed on creating a cohesive story between three factions that never feel lesser than each other. Highlights include Saxony’s turmoil between military and monarchy, featuring one of the game’s best characters. Aside from the odd cliché, King Art Games have crafted strong narratives that give the missions a sense of weight.

Good stories are enhanced thanks to a fairly robust display of mission design. There’s an element of chance with each challenge, forcing the player to remain vigilant. Taking points, defending assets, eliminating enemies. Simple, expected, stuff but framed in a dynamic way. As previously mentioned, Company of Heroes has clearly been a big influence in more than just gameplay and mechanics. A fair amount of the mission, and indeed map design shares DNA with the 2006 classic. It’s not uncommon to feel the foreboding sense of drowning in enemies. Low of resources, units barely holding on, every battle gifting a few inches of progress. Some genuine edge of the seat, arse-clenching, moments. 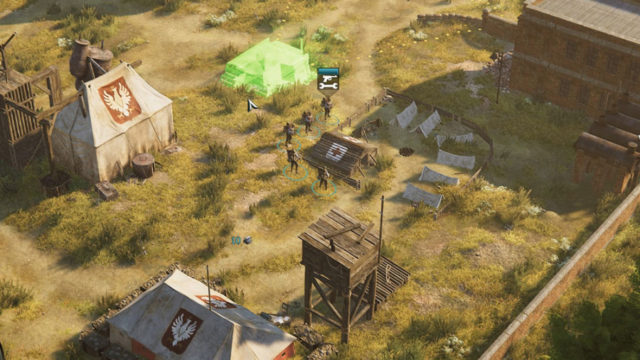 At the heart of any RTS is the units on offer. Iron Harvest offers the expected array of infantry, support, and medical. On top of that are a number of hero units, unique to their respective faction. Heroes have buffed base stats and a few nifty tricks to offer some utility. In truth, the main reason people will be at Iron Harvest’s gates is for the tower Mechs. Crafted in loving detail, their roles within the game’s meta fall within playstyle and countering. Each Mech has a distinct set of stats and traits made obvious to the player. Light Mechs for scouting, anti-Armour, transport, long-range artillery mechs. If it sounds familiar, you’d be right.

The cynical mind would simply say Iron Harvest’s Mechs are just swaps for tanks, and they’d be right. The saving graces fall into two categories, looks and feel. Each Mech is fun to use, even if they’re not all that flexible. Commanding a behemoth to launch a volley of shells, watching it setup, cannons locking into place, it’s mesmerizing. That’s the kind of thing you expect from every single Mech unit in the game, details that breathe life into them, every little moving part. 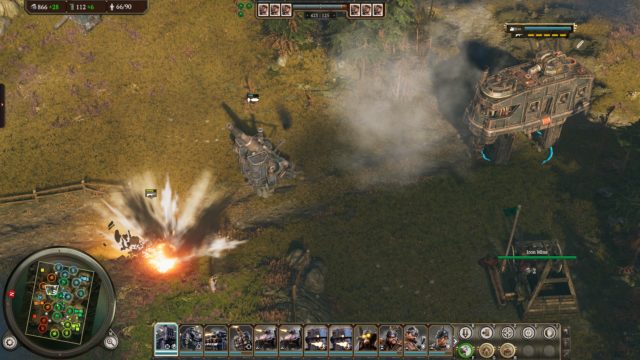 Though the Mechs do look and play the part, it does not mean infantry is left to nothing. Units can be trained to fulfill various roles, posing threats and counters to other units found within the game. Scattered across the maps, and upon killing enemies, any given unit can equip new items and weaponry allowing them to change their role. This adds a lovely taste of flexibility, giving players the ability to think on their feet or reward some bold play.

With all the fundamentals in place, it’s a shame that Iron Harvest can fall short in practice. Like most modern RTS, Iron Harvest features a cover system, allowing units to gain buffs when taking cover behind obstacles or inside buildings. The problem is AI and unit pathing can be rather troublesome. It’s not uncommon for a line of troops to be sent to take cover behind a wall, only to break ranks and stand either side of it. Results tend to include rapidly clicking on said obstacle to try and recover from, or simply not noticing till their bodies decorate the scenery. It’s a stain on the combat, producing frustration and bewilderment. 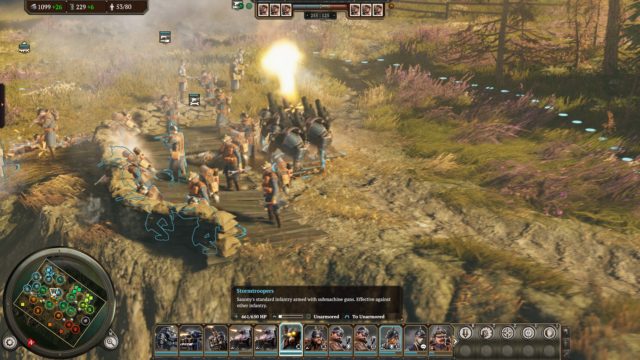 Niggles aside, Iron Harvest is a spectacle to see in full flow. Strong audio design rocks the battlefield. Crushing blows from hardware, explosions, trees, and building crumbling. It dances into the ears ensuring you feel the moment. The visual changes as the battles rumble on become a stage show within themselves. Buildings collapse and scatter as Mechs walk through them, walls shatter from explosions. Chunks of Mechs are blown off, leaving exposed wiring and twisted steel. It’s beautiful, to put it simply.

As a package, Iron Harvest has a fair bit on offer, with more promised. Whether or not the extensive roadmap for future content is a lure or a worry will depend on you. Currently, Iron Harvest’s three campaigns, co-op and multiplayer provide enough meat on the bones to justify entry for most RTS fans. Those expecting depth and complexity may be left a little cold. Nagging issues aside, Iron Harvest is still a good slice of fun that has bursts of brilliance. It’s just a shame AI issues often rear their head. 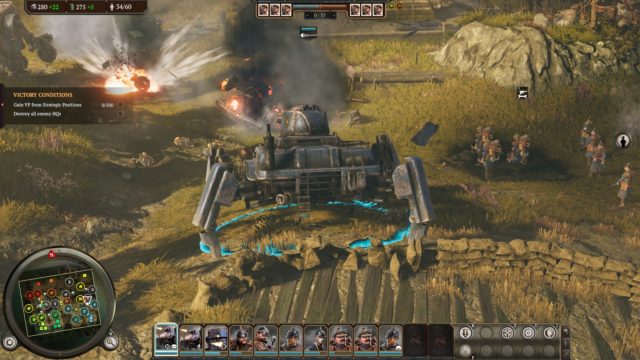 The Final Word
With the promise of more content and tweaks, Iron Harvest could become something to keep an eye on for the competitive players out there. For now, it’s a solid effort that packs more style than substance, resulting in a good time.

You may have missed